Age-Related Macular Degeneration Leading Cause of Blindness Among Seniors

Age-Related Macular Degeneration is one of the leading causes of blindness among seniors, affecting approximately 2.1 million people nationwide. By 2050, it is expected that the number will more than double to 5.4 million. People may be putting themselves at unnecessary risk of vision loss by neglecting to have sight-saving eye exams.
Chippewa Valley Eye Clinic joins the American Academy of Ophthalmology in emphasizing AMD awareness and encouraging those who are most at risk to ensure the health of their eyes by getting an eye exam from an ophthalmologist – a physician who specializes in the medical and surgical treatment of eye diseases and conditions.

AMD is a degenerative disease that damages the retina, which is the light-sensitive tissue at the back of the eye that focuses images and relays information to the brain. Over time, retinal damage can lead to permanent loss of central vision, limiting the ability to drive, read and recognize faces. 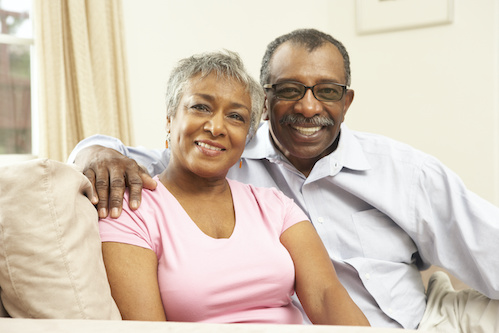 “By 2050, it is expected that the number of those affected by AMD will more than double to 5.4 million.”

There are two forms of AMD – wet and dry. While the dry form of AMD leads to gradual vision loss, the wet form progresses at a faster rate and is responsible for 90 percent of all AMD-related blindness. Recent advancements in treatment options have significantly decreased the incidence of blindness. However, it is critical to get diagnosed and begin treatment as soon as possible to protect vision.

AMD often has no early warning signs, so getting regular comprehensive eye exams from an ophthalmologist is critical to diagnosing and treating the eye disease in its early stages. The Academy recommends that people over age 65 get an exam every one to two years, even if they have no symptoms of eye problems.

Numerous studies have shown smoking to increase the risk of developing AMD and the speed at which it progresses. If you smoke, you are twice as likely to develop macular degeneration compared with a nonsmoker.

If you have a close relative with AMD, you have a 50 percent greater chance of developing the condition. Before you go in for your next eye exam, speak with your family about their eye health history. Sharing this information with your ophthalmologist may prompt him or her to recommend more frequent eye exams. The earlier AMD is caught, the better chances you may have of saving your vision.

Eat a diet rich in omega-3s and low in cholesterol and saturated fat.

Several studies have shown that people who had a reduced risk of AMD had diets rich in omega-3 fatty acids, such as fish. In one study of patients who were at moderate risk for AMD progression, those who reported the highest omega-3 intake (not in the form of a supplement) were 30 percent less likely to develop advanced AMD after 12 years. In another study, an increased risk of AMD was found in individuals who had a higher intake of saturated fats and cholesterol and in those with a higher body mass index.

Many studies have shown that getting regular exercise can benefit your eyes. One study found that exercising three times a week reduced the risk of developing wet AMD over 15 years by 70 percent.

Degenerative diseases, such as AMD can now be successfully treated, but early detection is imperative to avoid lasting consequences. Schedule your comprehensive eye exam today.

← Avoid Toy-Related Eye Injuries Over The Holidays With These Tips Nearly All Workplace Eye Injuries Can Be Avoided with Eye Protection →
Join our mailing list to receive the latest news and updates from Chippewa Valley Eye Clinic.

Thank you for subscribing. You will be getting up to date information on current news at the Chippewa Valley Clinic.

By submitting this form, you are granting: Chippewa Valley Eye Clinic , 2715 Damon Street , Eau Claire, WI, 54701, permission to email you. You may unsubscribe via the link found at the bottom of every email.

By submitting this form, you are granting: Chippewa Valley Eye Clinic , 1110 Oakridge , Eau Claire, WI, 54701, permission to email you. You may unsubscribe via the link found at the bottom of every email.